The week between the introductory briefings and our first group meeting allowed the team some time to lay down a few basic principles and share some of our respective influences and observations with each other.

We decided early on that with the composition of the group’s skills being largely design and product focussed, that we shouldn’t aim for a working prototype but orient our time around fully exploring the possibility and problem space and arriving at a proof-of-concept. A ‘concept car’ that would point the way towards future development.

Simon’s research interests in media archives and storytelling immediately aligned with the tastes and influences the rest of the group had been exploring in recent years, so we began to assemble these influences into reference points we could later deconstruct and remix. 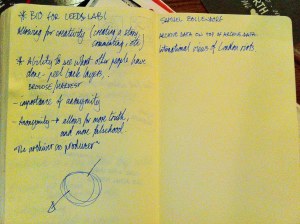 By exploring archives, apps, styles and communities, we were confident we could synthesise a best-of-breed storytelling concept from this landscape… 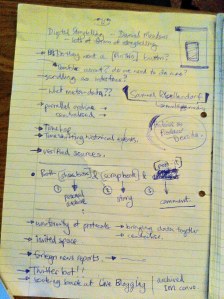 So our first week ended somewhat excitedly North Bar, with a loose set of principles and language, beginning to coalesce into a starting point for the project.